My Weekend at the Ashram 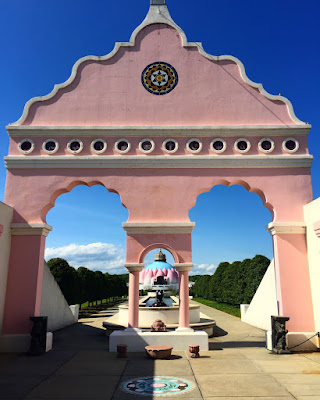 A couple weekends ago I visited Yogaville, Virginia. My intention was to take a yoga workshop with a teacher and writer I've followed for some years, Sally Kempton. I knew nothing about Yogaville, which, as it turns out, is an ashram, or Indian culture monastery. It's been there since the 1960s when Swami Satchinananda came to the USA from India. Apparently singer Carole King purchased the 750 acre property for the organization. I met two women, sisters, whose grandmother originally came to monastery. A subsequent five generations were born and brought up there, down to the sisters' grandchildren!

I spent the weekend in yoga workshops, taking yoga classes, and taking long walks on the grounds which included a riverfront area along the James River, which is mightier than I imagined. I've been asked if it was a hippy dippy experience, and yes, it was, but not in a Groovy, Man kind of way. People wore comfortable yoga clothes, the food was vegetarian, and everyone was friendly and non-invasive.

I came away refreshed and peaceful, as I had hoped. 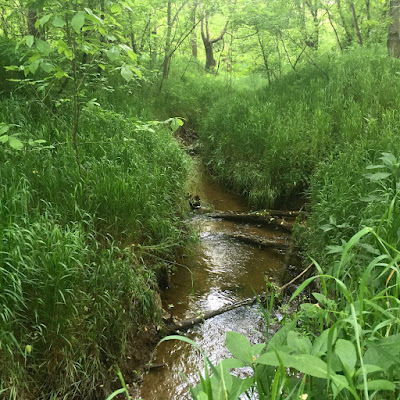 The James River flood plain made for some high grasses. There were lots of small creeks like this. 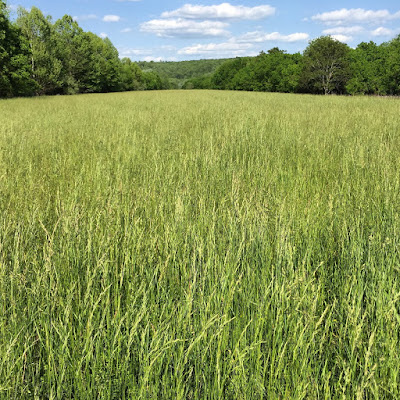 These grasses were taller than my head! 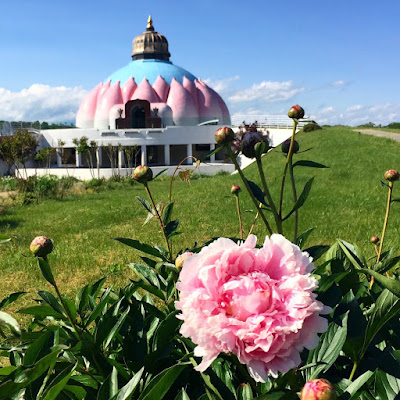 This is the lotus meditation temple, designed and built by Swami Satchinadananda. 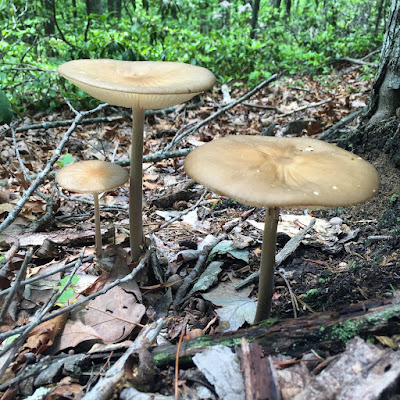 Many days of rain preceded my visit, apparently, and mushrooms were everywhere. 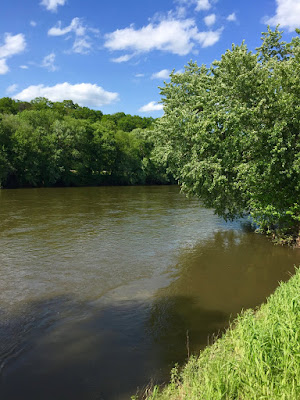 The James River. Photo doesn't capture how big and powerful it is. 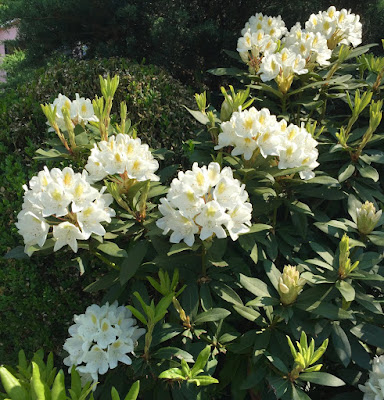 The rhododendrons were in bloom. 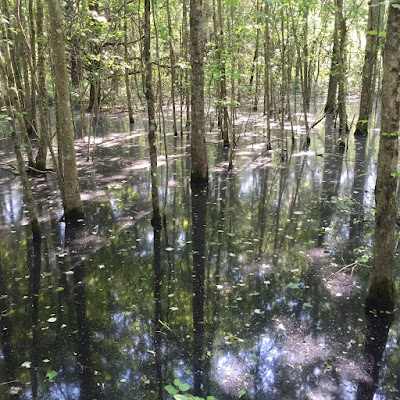 I got off trail and got lost for a bit, and came upon this beautiful, spooky swamp. 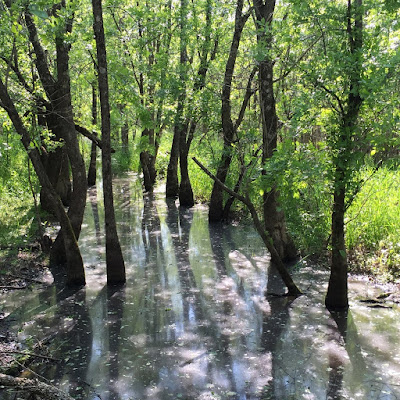 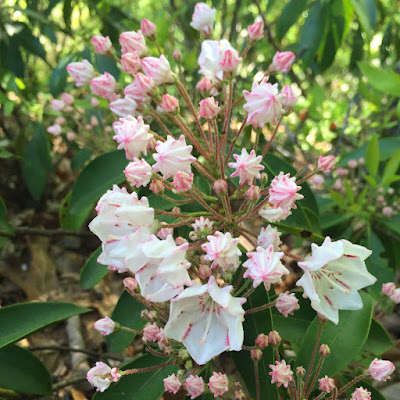 The mountain laurels were everywhere, in full bloom. 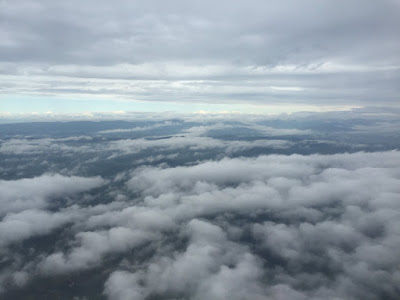 I had not one glitch on the four flights I took. History in the making.