Wild Weekend at the Monastery 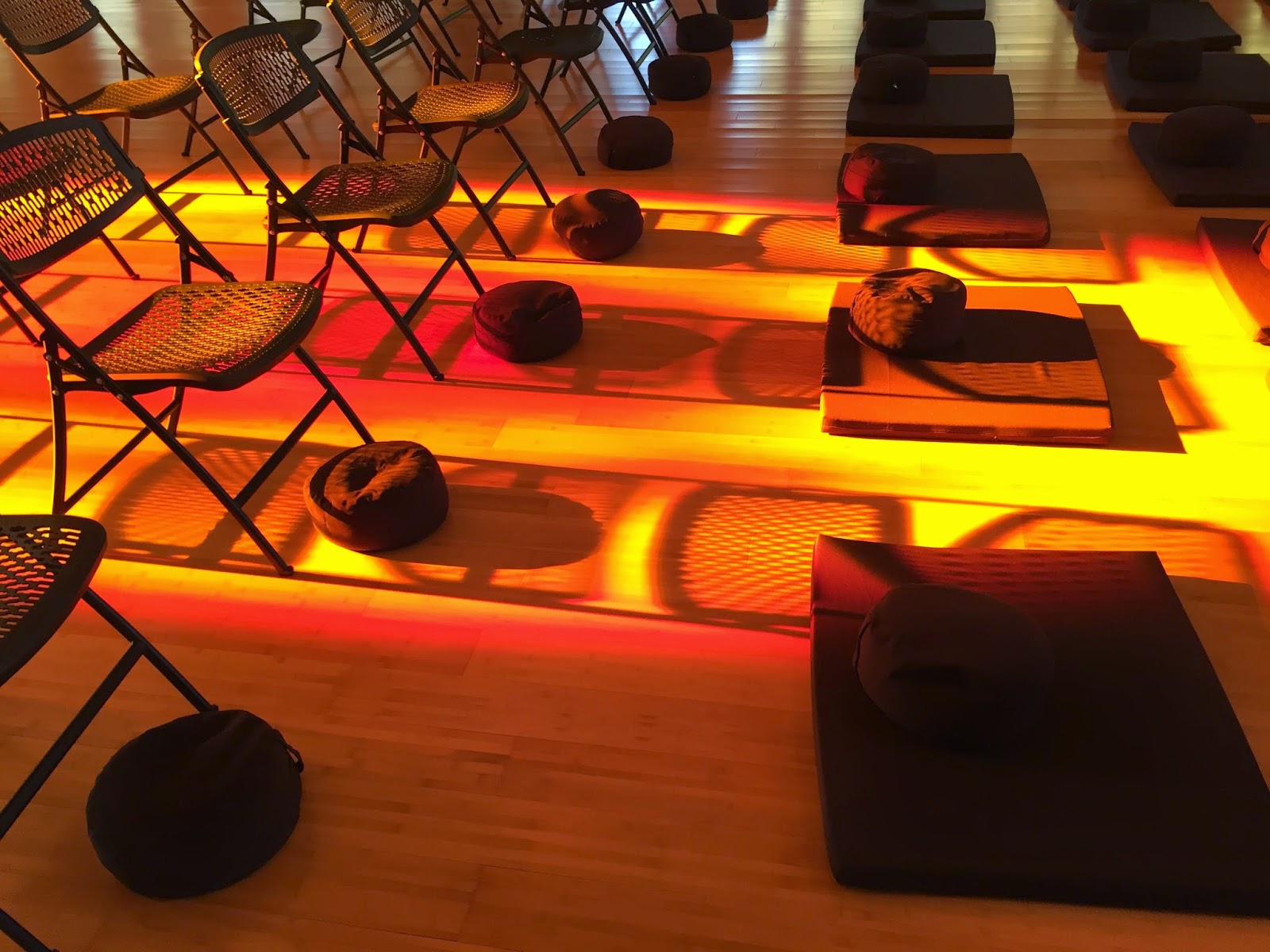 This post is repeated on my other blog withoutanet.com. Photos below article.

A couple weekends ago I was invited by a friend to spend four days at Magnolia Grove Monastery, a Buddhist meditation center under the auspices of the famous Vietnamese Zen Master, Thich Nhat Hanh. My friend comes to the center regularly, and had been wanting to share one of her favorite places with me for a while.

Tucked away in the woods and fields of Mississippi, it was a bit like going to another country. The community of monks and nuns (with shaved heads and long brown robes) speak Vietnamese with some broken English. They are gentle and friendly, and make visitors feel peaceful just to look at them.

There is a large, beautiful Meditation Hall and statues of Buddha around the grounds. The rest of the buildings, for eating and sleeping, are fairly Spartan. We slept dormitory style in a small house. Meals consisted of simple vegan fare, and Pho, a Vietnamese dish of rice or noodles with veggies, broth, tofu, and greens in a bowl, was served regularly. I ate well and was grateful for the healthy choices.

We spent our time in various types of meditation, while walking, eating, and sitting. There were a few ceremonies involving traditional rituals, which were quite lovely and reminded me of church, in a different language. I'm not a Buddhist, so I enjoyed trying something new, but I was taken with how similar in spirit it was to other religious or spiritual endeavors.

All of the above aspects of the retreat were pleasant and restorative. But there was one aspect that was not.

The wild part of my weekend adventure involved some other participants from various parts of the region who didn't seem to comprehend the peaceful nature of a spiritual retreat. Silence wasn't required in all places, but it was expected in general outside of scheduled sharing times. (I read the pamphlet!) To my surprise and horror most of the other participants, about 60 or so, had decided to congregate in small groups at all hours (all hours!) to have loud conversations involving lots of cackling and shrieking.

I tried to find quiet spaces to hang out peacefully, including the Meditation Hall (by definition a “sacred” space,) the pond of water lilies, and even in my own bunk in the dorm. Everywhere I went for four days groups of boisterous people were having powwows that generally involved lots of Jerry Springer-like talk. The only place I found to be alone and quiet was a half-mile down the dirt road from the monastery, in a neighboring farmer’s field.

One night, after a couple sleepless nights due to the loudest snoring contest I’ve ever heard of, I went to bed early to try to get some sleep by using earplugs, an eyemask, and a blanket over my head. A group of giggly ladies came in my room and asked if they could “come in here and giggle because we’ve bee kicked out of every other place.” I gave them a look that needed no answer. It is no exaggeration to say that I used more earplugs on the Buddhist Meditation Silent Serenity Retreat in the Peaceful Woods than I had used on any trip in my entire life.

On behalf of the monastery, my friend goes there often and said that this NEVER happens. I hit an off weekend. She was as chafed by the whole thing as I was. I didn’t come away with any reservations about the place itself, but I would warn possible visitors to see what type of group might be coming that weekend. If that helps.
The drive home with my friend included lots of chuckling about various characters from the retreat whose loud stories revealed too much about their personal lives, and sleepily looked forward to getting home and getting some rest. 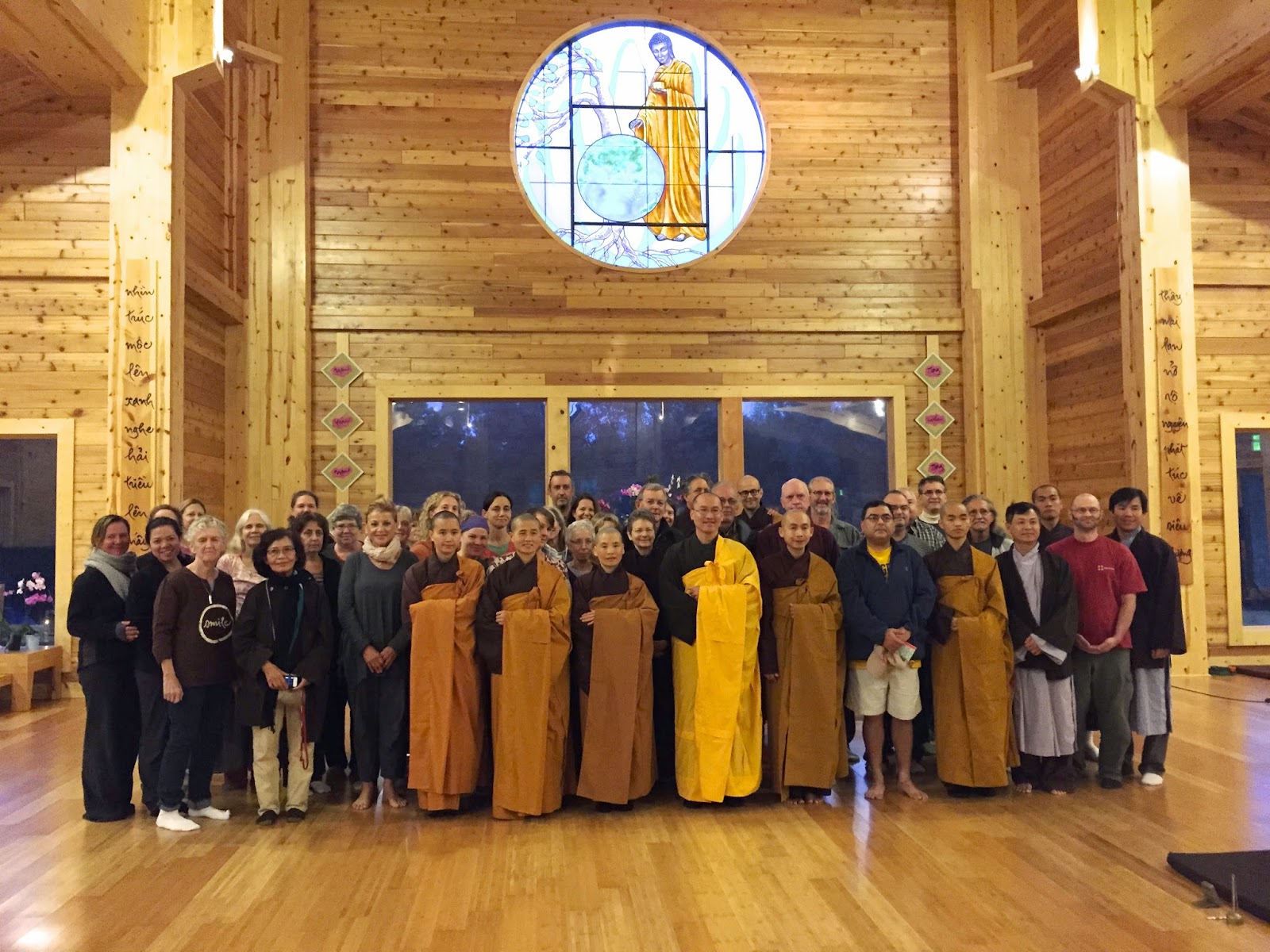 Most of the group at the end of the retreat. Do not look too closely after reading the article. 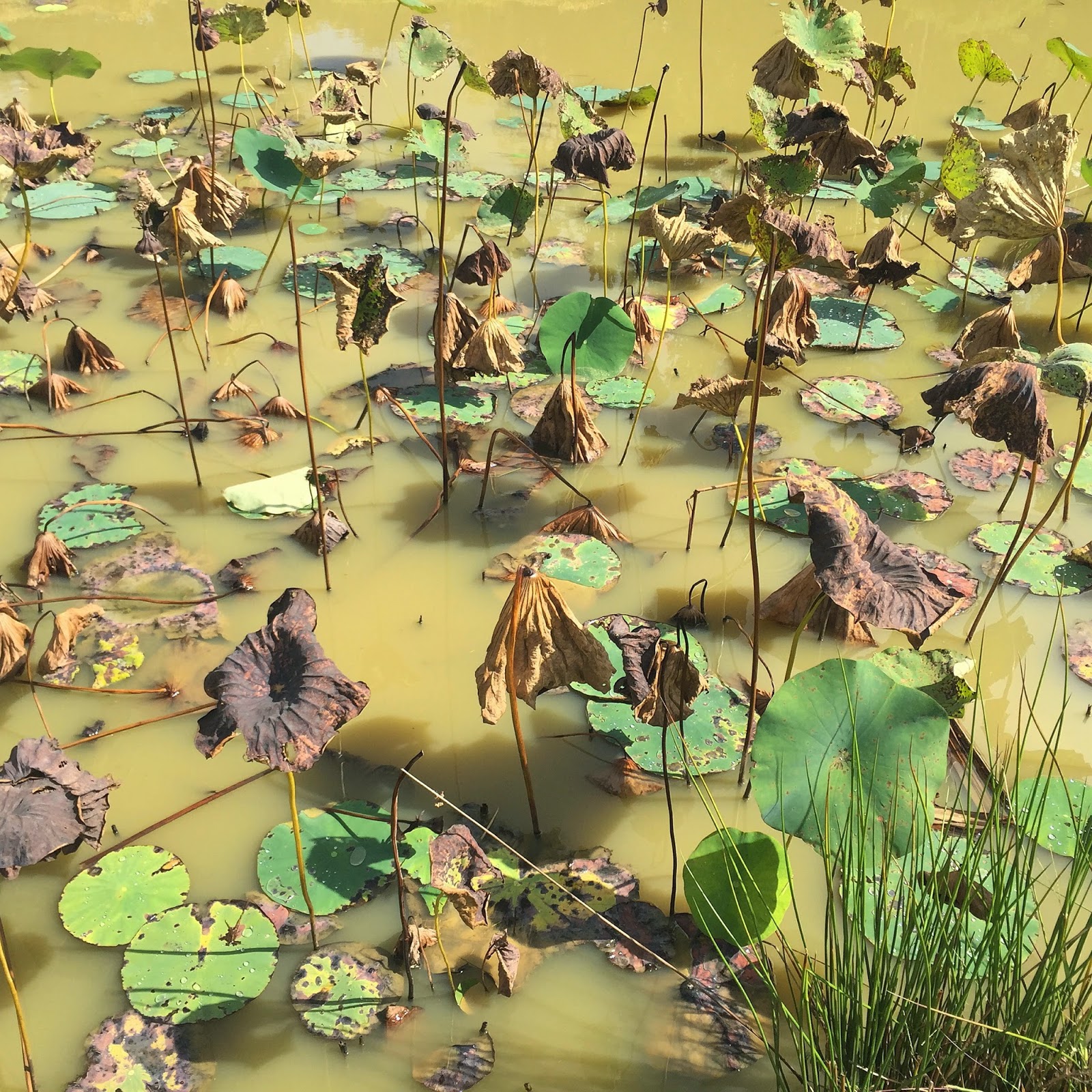 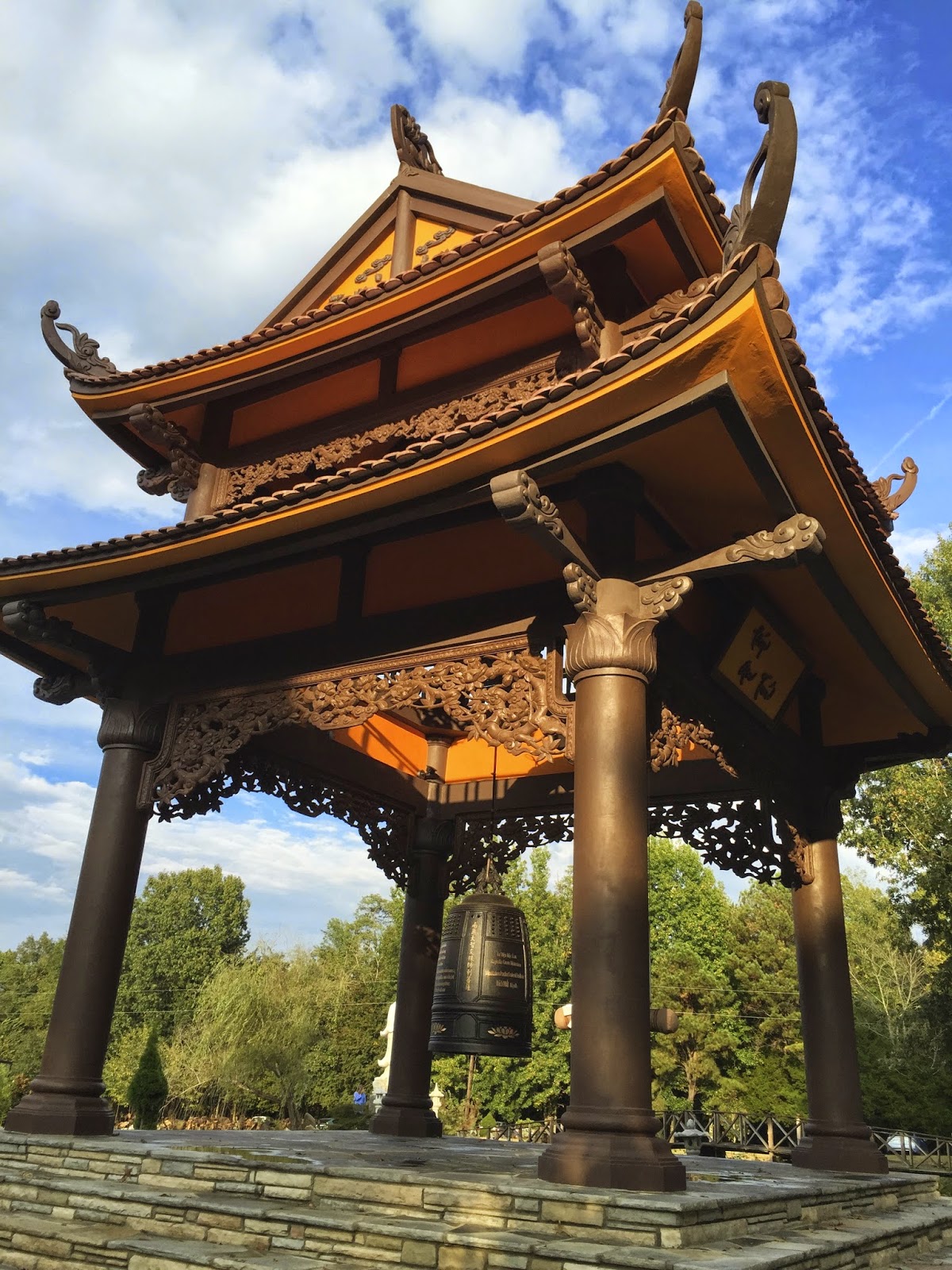 Bell Tower where they rang the big bell and chanted for a half hour each morning and evening. Glorious, it was. 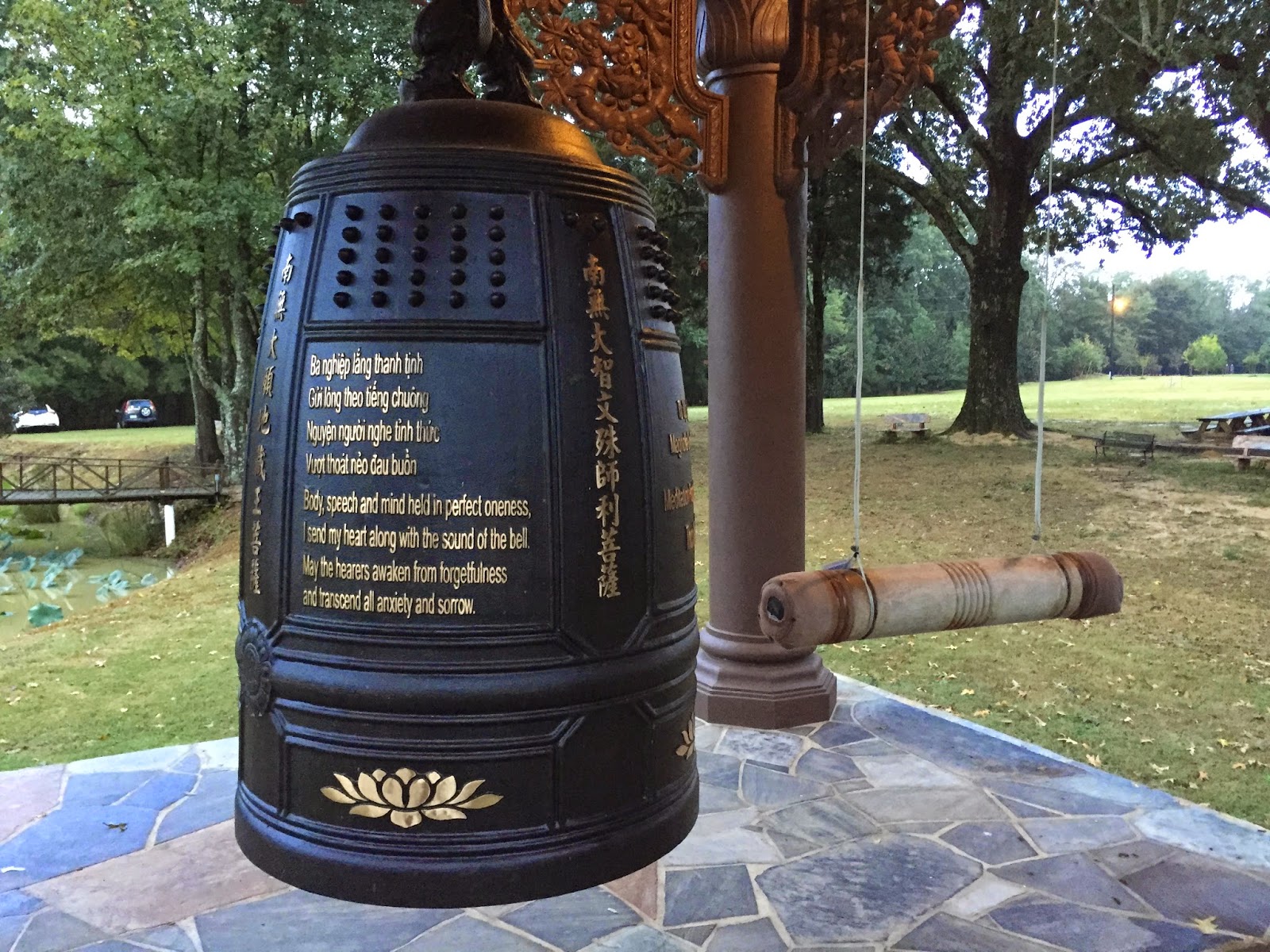 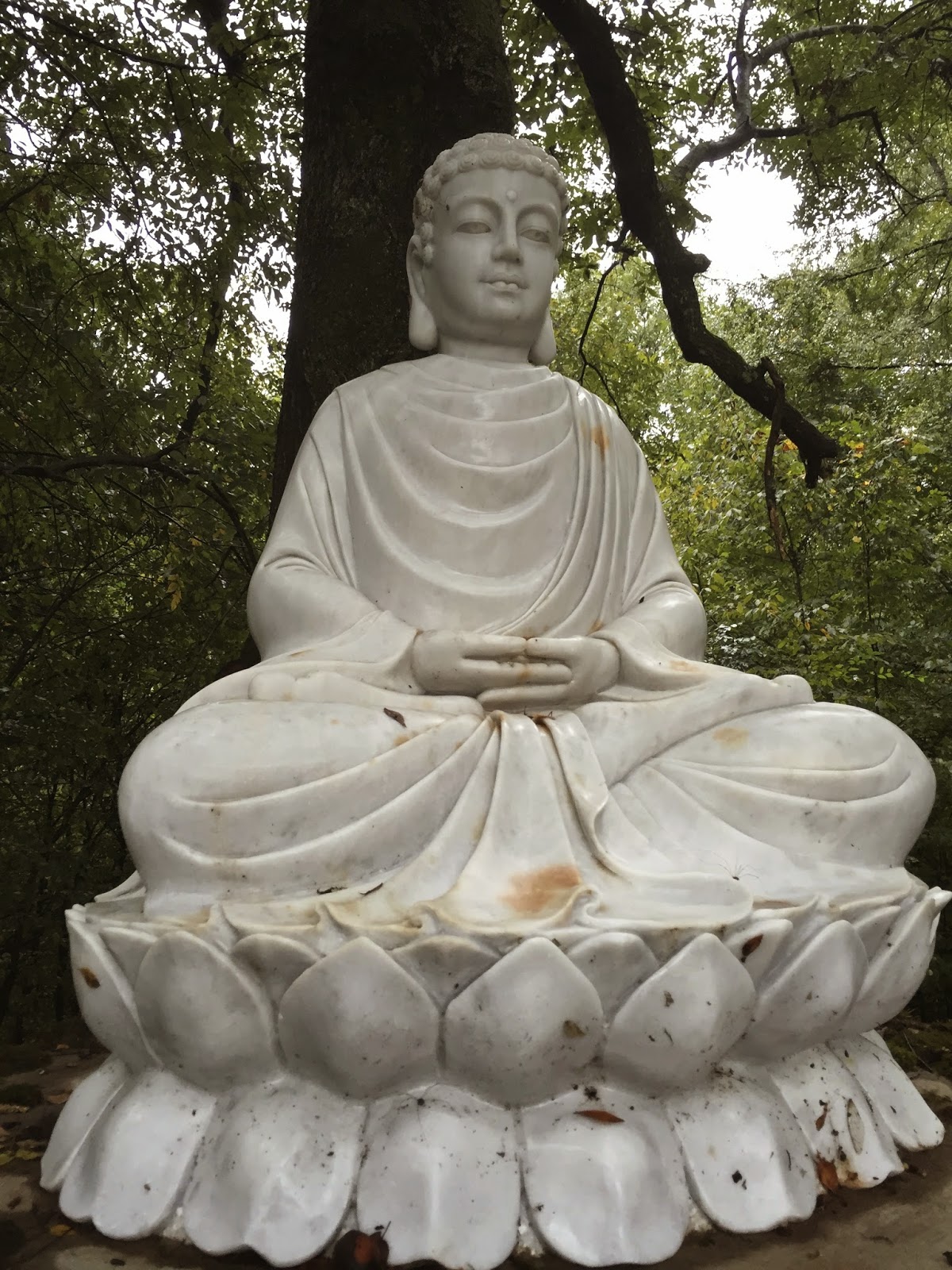 In the woods. You see it as you take a walk. 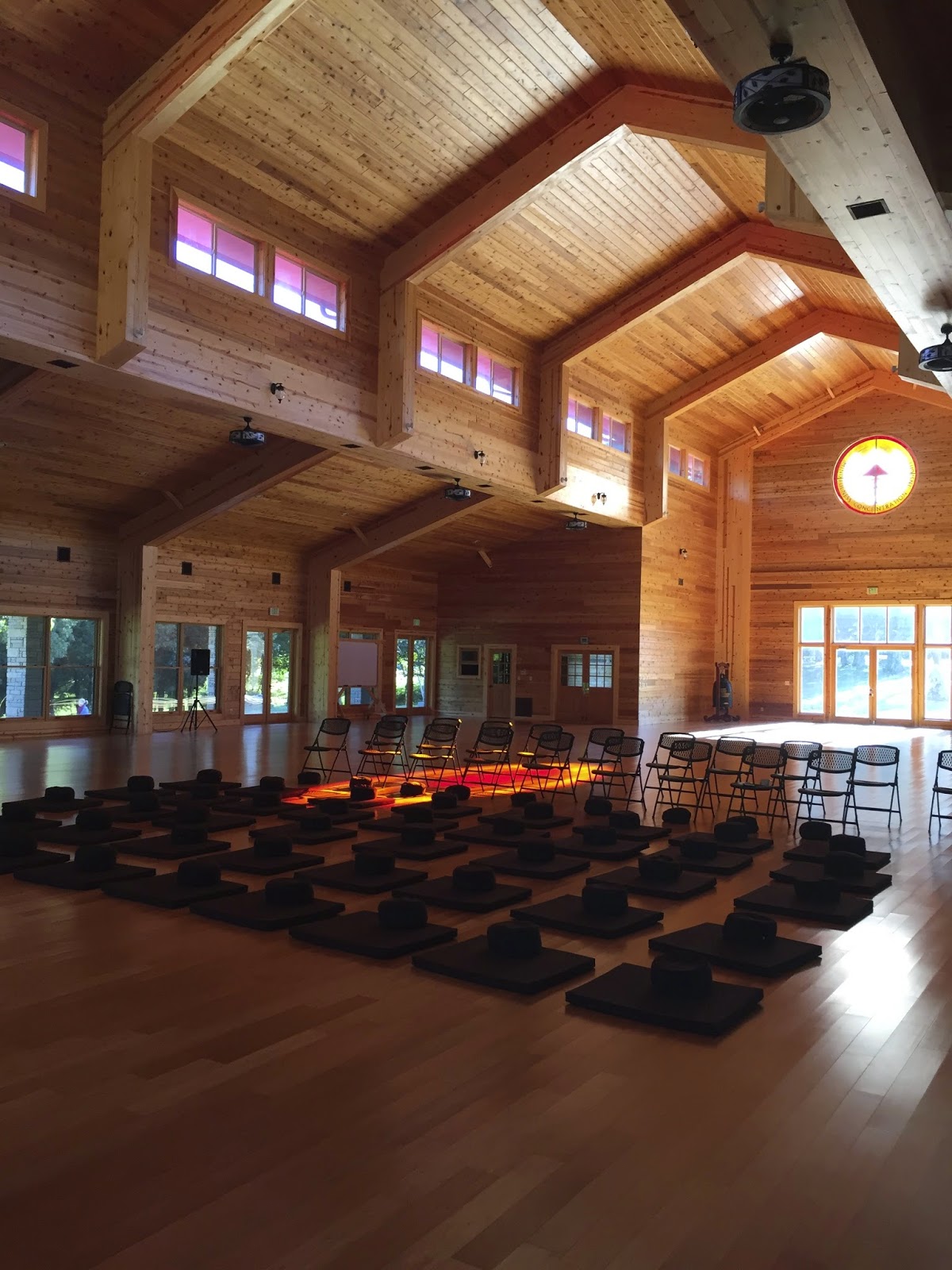 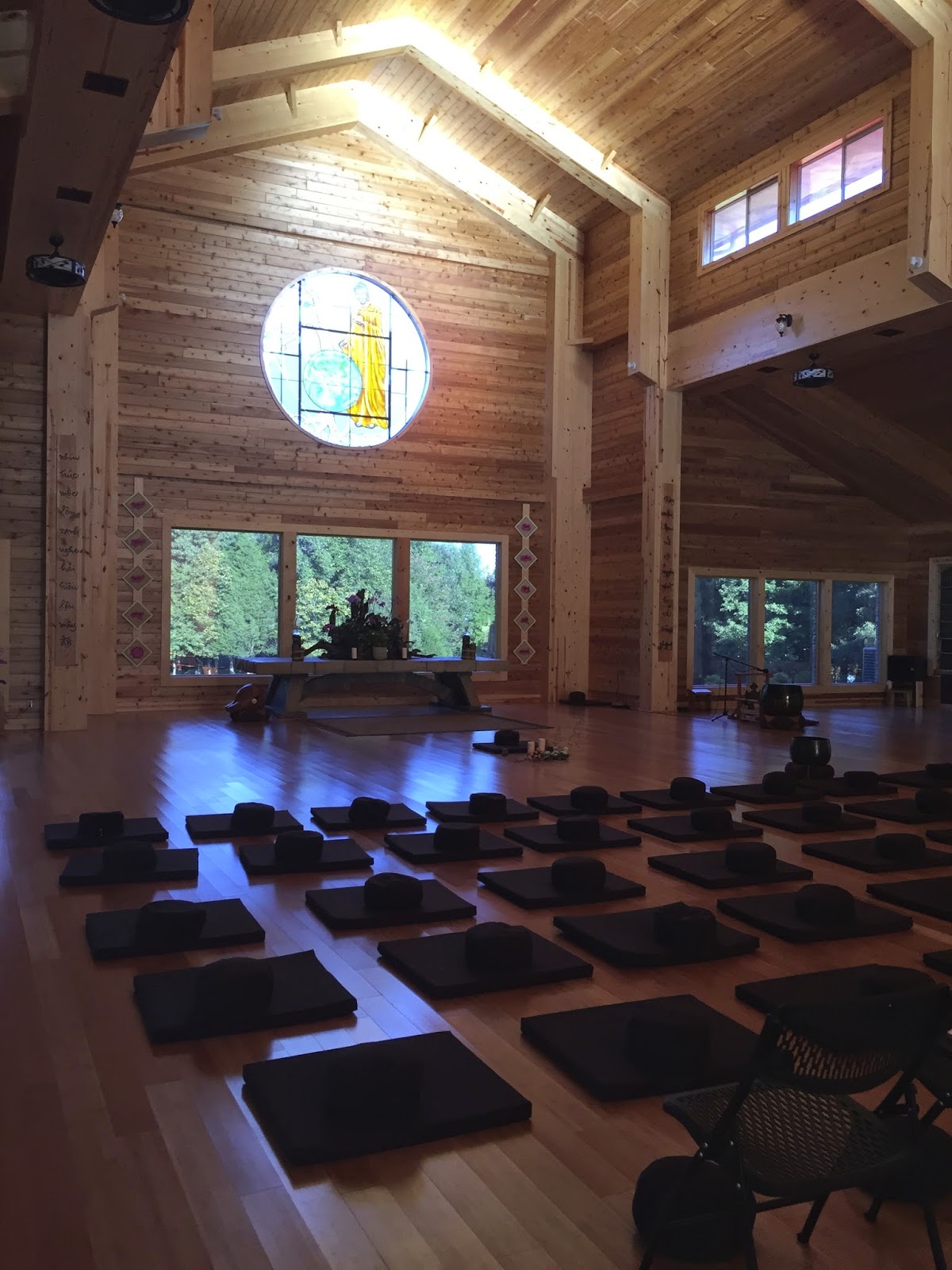 Meditation Hall, looking toward the front. 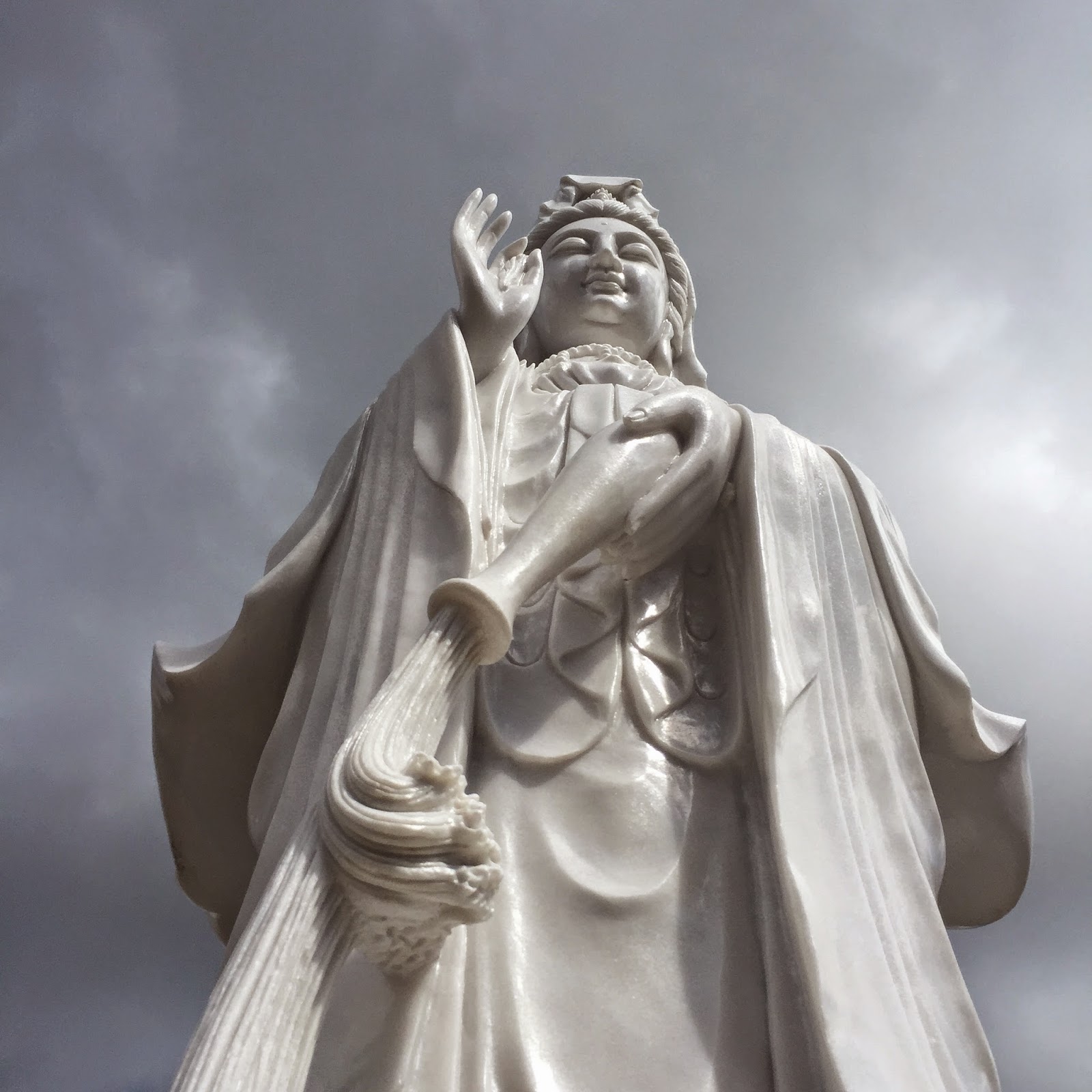 Large statue in the middle of the water lily pond. 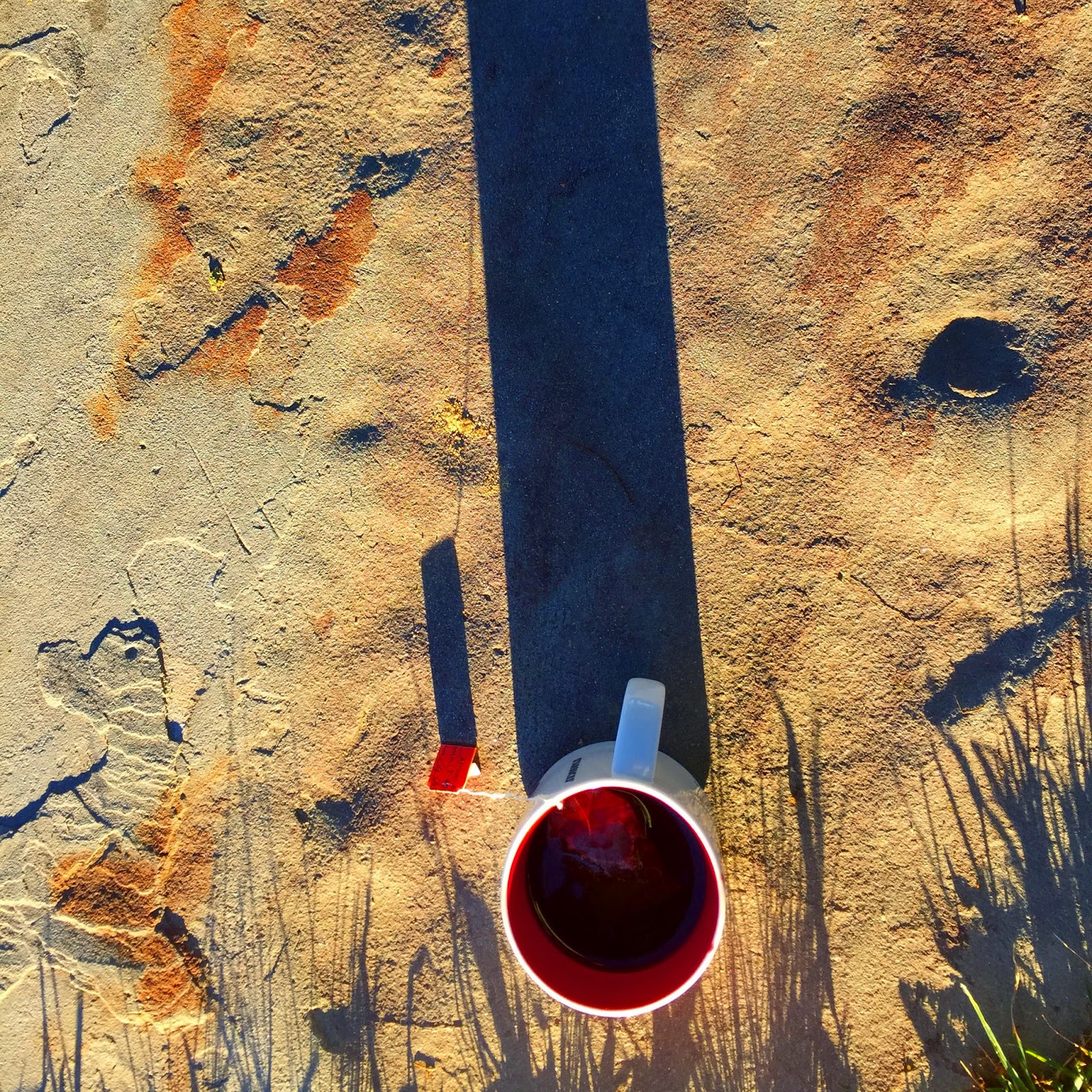 My morning tea on the stone walkway.