Annabelle is a YoungArts Finalist 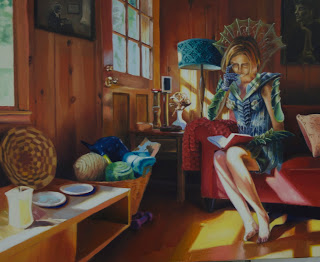 My daughter, Annabelle, has been selected as one of 150 national finalists in the YoungArts competition. From Wikipedia, here is some info on the prestigious contest.

YoungArts is a talent-based scholarship program which honors and awards high school and college students, mostly American, for their prowess in the performing, visual and literary arts. The program is considered by many to be the most prestigious arts competition for young adults; it is also the exclusive nominating organization for the Presidential Scholars of the Arts. The foundation is headquartered in Miami,Florida.

Awards
Students chosen as National Finalists are invited to attend YoungArts Week in Miami, Florida, all expenses paid, usually during the second week of January. YoungArts Week provides the Finalists with a series of master classes, showcase performances, exhibitions, readings, interviews, interdisciplinary activities, enrichment programs, and final, live auditions which determine their award level. Each National Finalist is placed in one of six levels of excellence with a corresponding cash award.
The approximately 20-40 students chosen as Gold and Silver award winners participate in a second YoungArts Week in late spring. Held in New York, the week culminates in several performances of an interdisciplinary show.
YoungArts finalists are able to work with notable master teachers as part of both YoungArts Weeks. Past master teachers have included Edward Albee, Liv Ullmann, Frank Gehry,Placido Domingo, Vanessa Williams, Raul Esparza, and Mikhail Baryshnikov. On the YoungArts website, here are a few more master teachers.

Other Perks
YoungArts also produces a production highlighting its Silver and Gold award winners in New York City each spring.
A documentary television series entitled Masterclass, in which program alumni are teamed with famous mentors, is in its second season on HBO. Part of the Miami experience will be filmed for this show.

Past Winners
In the past 31 years, YoungArts has honored more than 15,000 artists with $6.4 million in cash awards.
Notable YoungArts award winners include: