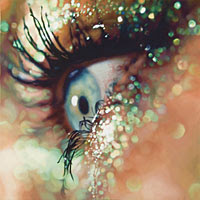 Marilyn Minter, Bloodshot, 2007
An image of one of my paintings is included in the exhibition catalogue for
Creating the New Century, a special exhibition organized by The Dayton Art Institute, featuring 70 paintings, drawings, and sculptures - all created since the year 2000 - from the Dicke collection. Sixty-nine artists are represented by works that document the range of styles and technical concerns, as well as social and political issues, that engage artists in the 21st century.
While many works are by well-known painters and sculptors who have participated in museum and gallery exhibitions and received reviews in arts periodicals, others are less well known in a selection characterized by the curiosity and tastes of the collector.
Dayton Institute of Art
art painting