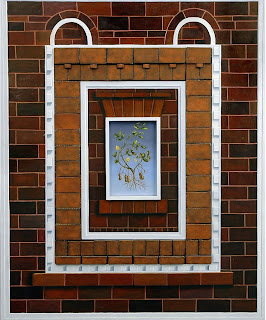 I learned about Tuskegee Institute in elementary school, but did not grasp the inspiring story behind the place until my first visit there: Two men spent their lives dedicated to the betterment of their people and their region.

The most striking thing about Tuskegee Institute, at first glance, is the buildings that make up the campus. I was overwhelmed by all the gorgeous, rich, red brick and white trim buildings in different architectural styles. I learned that the students and faculty made the brick from Alabama clay and built many of the buildings themselves.

Booker T. Washington, a former slave, came to Tuskegee in 1881 as its first principal. He was only 25 and, in the face of the unbelievable dangers of the racist South, spent the rest of his life dedicated to the school. He believed self-sufficiency should be learned along with a scholarly education, and students had to learn practical skills that they could take back to their communities, such as farming, carpentry, bricklaying, and other trades.

In 1896 George Washington Carver was hired as an instructor in the agriculture department. I was so inspired by a film about him (shown at the George Washington Carver Museum on campus) I nick-named him the Mother Teresa of the South. Much more than a school teacher, he was a passionate and eccentric scientist, artist, and humanitarian. He taught progressive farming methods and even made “house calls” to farmers around the South with his Movable School—a horse-pulled wagon equipped for training. Even into old age he refused money and accolades in order to stay connected to his people.

The peanut in the center of the painting is the symbol that everyone associates with Carver. Among his many other accomplishments, he revolutionized farming and economics in the South by spreading the word about this easy, profitable, nutritious crop.

Tuskegee Institute National Historic Site is maintained by the National Park Service, a division of the Department of the Interior.