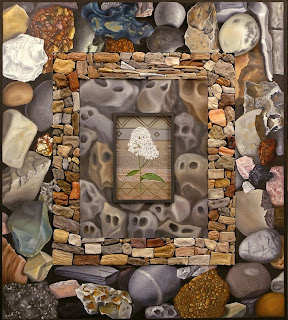 Tom Hendrix began constructing a stone wall decades ago on his property 15 miles north of Florence, Alabama. His intention was to build a monument to his great great grandmother, a member of the Yuchi Indian Tribe, who was sent on the Trail of Tears. Once she arrived in Oklahoma, she escaped, and walked back all by herself to her home waters on the Tennessee River in Alabama. It took her five years, and she is the only person known to have done it. Her amazing story was passed on to Tom through his grandmother, and inspired his colossal undertaking, a winding rock wall that rivals any environmental project done by a single person.